Pump.io is a "social server with an ActivityStreams API". It’s from the same people that originally created StatusNet, which has now become GNU social. Pump.io servers are nodes in a federated social network: when you have an account on one, you can interact with others on that server, but also others with accounts on other pump.io servers. It’s free software, so you can host your own instance and connect to others, wherever their servers may be.

See the Pump.io User Guide for more information and links.

The default method of using Pump.io is through a web interface that comes as part of the core software. This is good, but there are a few rough edges here and there. There are a few android applications, such as Impeller, Puma, and AndStatus.

More importantly for this post, there are a couple of nice desktop applications, two of which are packaged in COPRs for Fedora, made by HowCanUHaveMyUsername!

Dianara is a Qt-based application and is quite customizable. To add the COPR, run: 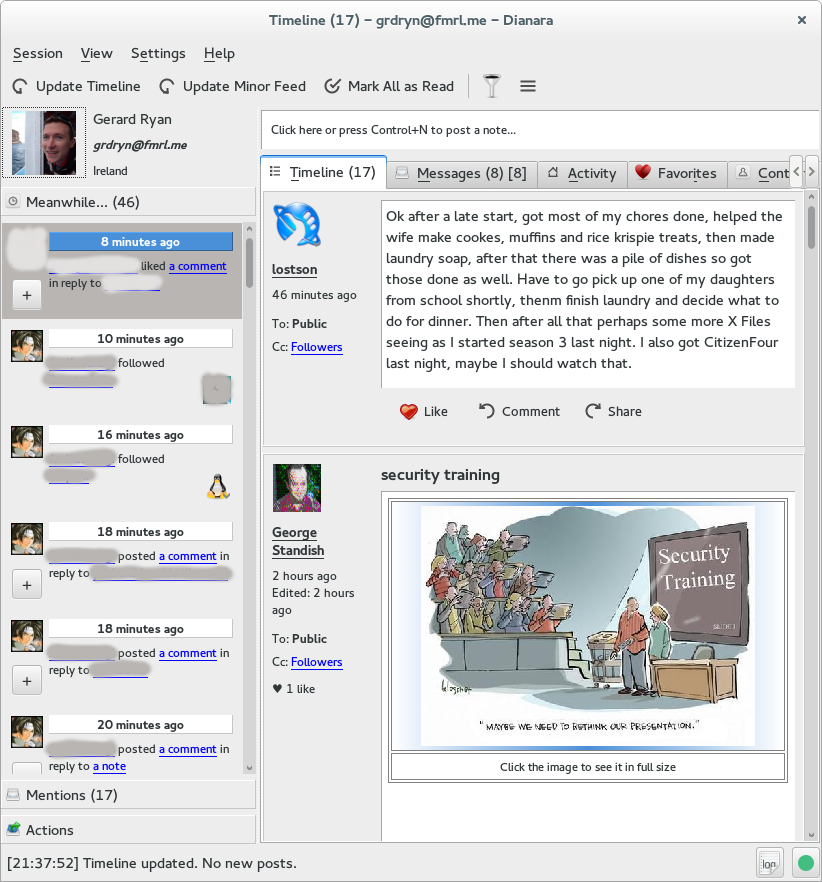 Pumpa is also Qt-based, but has a more minimal default interface than Dianara. More information on Pumpa is available here. To add the COPR, run: 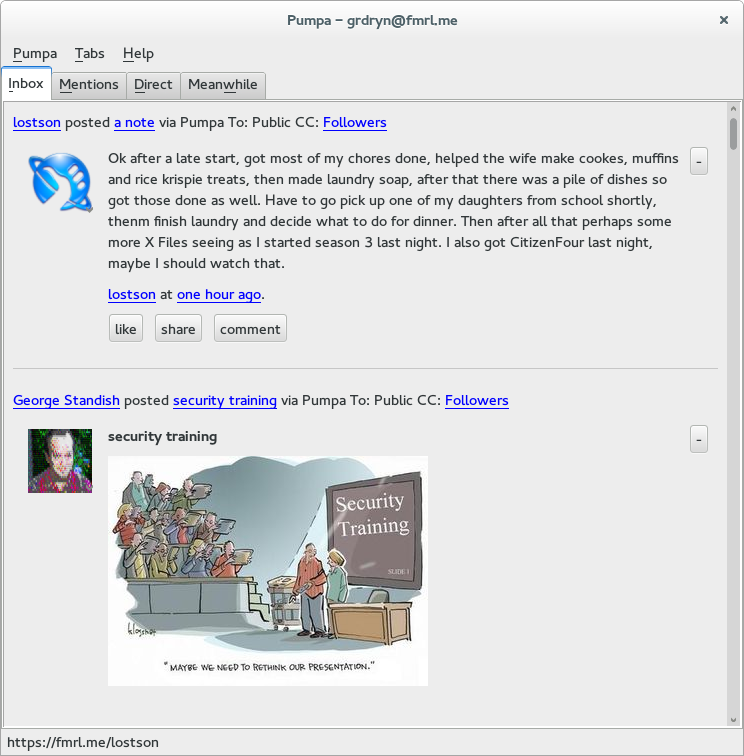 If you want to connect to some interesting people on pump.io here are some good starting points directly related to this post: